When the Providence was shipwrecked near Ryukyu, he sailed the coast of the East Sea on an 87-ton schooner, arriving at Busan.

After bringing the schooner to anchor at Busan Dongnae Yongdangpo, he created a nautical chart during his one-week stay.

Later in England, he published the chart along with an account of his exploration. 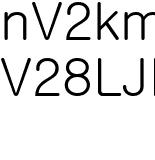